Before I even started grade school, I spent most of my nights at a homeless shelter.

I grew up with a dreamer. My father saw opportunity no matter where he looked, and his kindness knew no limits. He was a jack-of-all-trades kind of guy, a contractor by day, preacher by night/weekend, and a philanthropist by heart.  To me, he hung the moon. Try and convince me otherwise.

We never had much money, but he always found ways to give to others without his family’s suffering.

The Rose Hotel was an old dilapidated hotel located downtown in the city in West Texas where I grew up. My father managed to get a deal on cheap rent for the building and turned it into a shelter for the homeless. 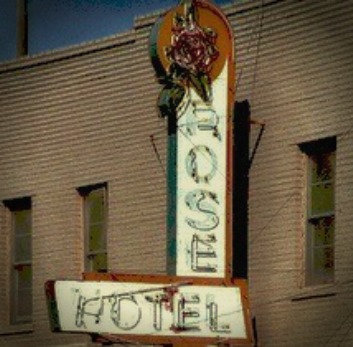 Every night, my mother made big pots of stew, chili, soup, etc, and we drudged downtown to The Rose Hotel to feed the hungry and offer as many as we could a warm bed for the night. Every night, I sat on a stool at a long cafeteria table and ate my dinner chatting with people from different walks of life. Alcoholics, drug addicts, a few prostitutes, people who were just down on their luck, and sometimes even children.

My parents never told me that the people who we helped were poor.  I never knew they were any different than us. We all ate at the same table. We all ate the same meal. My dad preached every night, and then we left and went home.

My dad hired one of the men to be his “supervisor” when we were away, which basically meant that the people who slept there had to follow the rules. No drinking, no smoking inside, and no swearing.

One night, as my dad preached to the adults, I helped my mother clean up the kitchen area. A woman and her daughter walked in, immediately grabbing mine and my mother’s attention. The mother wore a battered coat with holes and stains, some scuffed up white pumps and held the hand of a little girl, blonde with blue eyes wearing a hooded sweat shirt and pants that showed her mismatched socks that peeked out of the worn toes of her shoes.

For the first time in my short life, I felt something. An aching to do something. Perhaps it was pity.

I couldn’t define it, but my heart went out to that woman and her poorly clothed daughter as they stood there in the doorway looking cold and very tired. After taking them to McDonald’s to get them a quick bite to eat since the shelter had run out of food for the night, my mother convinced me to give the little girl one of my barbies. I struggled and tried to argue, but my mother gave me the look, that look, so I handed over one of my barbies to this strange girl who would become my playmate for a few nights. Her name was Casey.

I made lots of friends within the walls of that old hotel. One will forever occupy a little corner of my heart. I met him when I was six years old. We called him Willy.

Willy came to us in the dead of winter wearing overalls and a dirty white undershirt, no coat , a worn out train engineer hat, and a partially toothless smile. I remember the first night he walked through the door. He smiled with his whole face. My dad greeted him with a handshake, but Willy pulled him into a hug and patted his back.

“Is this a church or a hotel? I hears there’s preaching here,” he announced.

My dad chuckled and said, “Yes, sir, there’s preaching. And a warm meal and a bed if you need one.”

Willy clapped his hands and said, “This ain’t no church. There ain’t no crosses. Gots to have crosses to be a church.”

I sat next to him that night at dinner. He made me laugh. When no one was looking he made cross eyes at me or opened his mouth to show me his chewed up food. He laughed when I did it back to him and said something I’ll never forget, “You and me, we is friends.”

Later that night, we sat on the floor and played checkers. He let me win.

I looked forward to seeing him every night. He was kind and always paid attention to me. He laughed, full body shoulder shaking laughs, at almost everything I said, and he always seemed genuinely happy to see me.

One night, he grabbed my hand and pulled me into another room. He whispered, “We’s about to do something, but you have to promise me you won’t tell you’s dad.” I nodded.  I trusted him. He put his finger over his mouth shushing me and guided me on tip toes to the room where my dad usually preached. He handed me a marker. I noticed he had one in his hand, too. “Ain’t no church if it ain’t got crosses. Can you draw a cross?”

I nodded then giggled as he drew a big cross on the wall. I watched him draw two or three more before he noticed I wasn’t drawing. “What you waitin’ for, girl? Draw some crosses on this wall.”

He was an adult, and I was a child, and I was told to trust and obey, so I pulled the lid off of my marker, and Willy and I drew at least a hundred crosses on the wall of the former lobby of the Rose Hotel. My dad came in as we completed our masterpiece. I heard him chuckle behind me and dropped my marker. I knew better than to draw on walls.

“Preacher, we’s making you a church,” Willy said to my dad.

“I see that,” my dad said as he walked over and stood next to me. He reached down and picked up the marker I dropped. I looked down at the floor, ashamed of myself for ruining the building my dad worked so hard to keep up.

“You missed a spot, Willy,” my dad said and drew a few crosses on an empty space on the dirty wall of that dilapidated old hotel.

I  learned much later that Willy was mentally challenged. He had the mind of child, which is why he became my best friend. I only saw a person who smiled with his eyes, who enjoyed my company.

I don’t know how long Willy lived at the hotel. It seemed like years and also like minutes. One day, my dad sat me down and told me that Willy wasn’t going to be living there anymore. Already he had stayed longer than any other person. The shelter was supposed to be temporary. The goal was that my dad would try to help people get back on their feet, find work, find a home, but seeing the relationship I had with this kind man, my dad couldn’t turn him away. Plus, finding work for somebody with Willy’s disability proved to be a challenge.

He had found him something though, something that was perfect for Willy. A job with the circus. The next day, my parents took us to “The Greatest Show on Earth” and I watched my best buddy experience a whole new kind of happiness. He jumped up and down and clapped during every part of the show. After the finale, we went back to where Willy would be working. We met his boss, an old wrinkled man with a curled up gray mustache who greeted Willy with contagious warmth.

At some point, my parents explained to Willy and me that he would be leaving town with the circus, traveling to different cities to help them get set up before the show and break everything down when the show came to an end. That meant Willy was leaving the next day.

We shared an emotional, and very tough goodbye.

The next year, when the circus came to town, my parents took me to see Willy. He walked us around like he was ten feet tall, introducing us to his friends, telling us all about all of his responsibilities. So proud and so happy. He asked me what my favorite part of the show was, and I told him it was the monkeys on the bikes. He disappeared for a minute telling us not to move. Then he came back with a little stuffed monkey. “I’s allowed to take this. It for you,” he made monkey sounds and chased me around with it before placing it in my hand. I still have it.

I never saw him again after that day, but I never forgot him. He lives in a little corner of my heart, and I see him in every homeless person I come across.

We helped so many people while we ran that little shelter. We also turned people away. We saw some really ugly things, but my parents never gave up. They saw the good in people, and they offered their assistance whenever and however they could.

That person on the street holding the “will work for food” sign is not just trash, littering up the view at your stop light. He’s a person. He’s somebody’s son, somebody’s brother, and maybe even a little girl’s best friend. Don’t look at him with irritation or loathing. Remember, he has a story, and maybe he made bad decisions, maybe that needle is the only thing that gets him through his day, but perhaps he’s just a man who needs a hand to reach in and pull him out of the darkness.

My dad is a dreamer, and his dream is to help people. He’s also my hero because he taught me that valuable trait we all need: compassion.

74 thoughts on “The Rose Hotel” 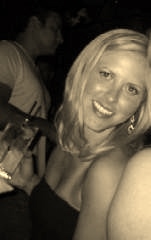